A musical army, an interesting thought and one that I would had never had if hadn't been for the "MAGNO CONCIERTO DE MÚSICA MEXICANA" given by the Mexican military in Morelia, Michoacán this past Friday, Febuary 5th, 2010. This year, 2010, marks the bicential of Mexico´s independence and the centenial of Mexico's revolution. (For more information on Mexico's 2010 festivities, visit this site México 2010)

It seemed a pity to me that this concert be available to those of us lucky enough to be invited and would encourage the organizers to offer these types of musical/cultural events to children and schools. We took our children and they loved it! We got up and danced, you could see how the musicians themselves were enjoying themselves. It was an entirely new facet of the military that I had never seen! We had never imagined that the National Defense Secretary had a mariachi! Thanks to all the musicians envoloved! ¡Gracias a todos los musicos involucardos que hicieron un trabajo excepcional! 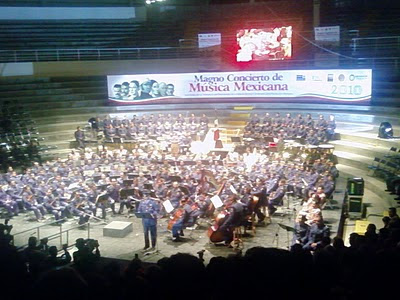 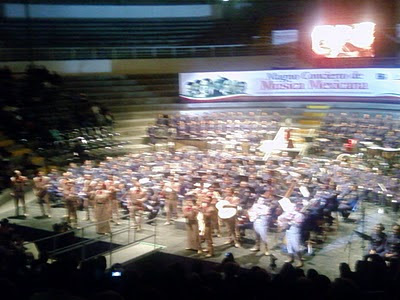