It seems like everywhere you turn there is news in the media about violence in Mexico.  And you´d be hard-pressed to come up with a better stereotype for a violent setting than a prison. Yet, a Mexican prison is exactly where you'll  find a small group of peaceful warriors, bringing a message of hope and transformation to some of the most dangerous criminals in the country.  Ann Moxey’s foundation, Parinaama Yoga, which focuses on bringing yoga to prisons, has reached Michoacán.  Six hours a week, Yadira Martinez, affectionately called Yaya by her students, teaches yoga in Morelia’s Francisco J. Mujica’s Penitentiary.  She explains “there is a duality that we all possess. A light and a shadow.  [I can] show my students that there is another side to life, there is internal nobility in everyone, even a murderer.”

The term hardened criminal takes on new meaning with ahimsa, nonviolence and Yaya’s philosophy of transformation. “I show them that they can open up, they can break that shell, that husk they have formed [around themselves] and that place in their heart, where their nobility resides…they can use that to have another opportunity at life.”

Yaya began working with juvenile inmates over two years ago.  Focusing on prisoners with addictions, for the past ten months, she has been working with adult students as well.  Recalling her very first class with 25 juvenile inmates, she smiles.  “I was nervous. I realized that I had to divide them up into two groups and that the guards couldn’t be present in class. No guards in class was a sign of trust for them [the inmates]. It showed them that I trusted them.” A lot of what Yaya does is re-education of people who have lived through life experiences where violence, substance abuse, and neglect were more common than rare.  “My students learn that they can soften their faces, their breath (deep breathing) and that can make them more aware and reduce their anxiety.”  The hope is that the inmates hold onto these teachings so that the quality of life in the penitentiary improves as well as their lives when they are released.  “I support them with the literature on yoga postures and spirituality” Yaya explains, “so they can learn and teach themselves.”  And as the saying goes, a lesson well learned is hard to forget.

If you would like more information on how you can help through donating yoga mats, please email yayamro@hotmail.com

For more information on how you can help the Parinaama Foundation visit http://annmoxey.blogs.com

For a Spanish version of this story, please visit www.silabario.com.mx 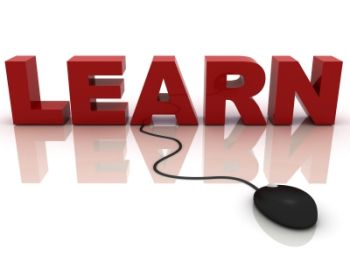 Thanks to everyone who participated in the Lexikeet.com promotion for three free months of online language learning! The winners have been notified via email and they are:

You'll be hearing about their experience soon and in the mean time, check out Lexikeet.com for your own free membership and begin learning a new language today!
Publicado por Alma Maria Rinasz No comments: Enlaces a esta entrada